The Jiųķkov rocking horse is a functional replica of a world-patented unique original from Georgswalde in the First Czechoslovak Republic (1918-1938), i.e., today's Jiųķkov. None of the specimens of the horse, made here in Jiųķkov at the beginning of the 20th century, have been preserved, unlike the world patent from 1927. However, the rocking horse patent with the description "CONRAD HOFMANN OF BEZIRK SCHLUCKENAU, CZECHOSLOVAKIA, CHILD“S ROCKING-HORSE" safely survived these decades and after its rediscovery a few years ago became the basis for the reconstruction and production of a replica of the horse.

The above-mentioned patent of the almost forgotten rocking horse is signed by Konrįd Hofmann, known in the village and the region as a builder and trader in wood and building materials. It was he who produced these rocking horses here in Jiųķkov and at one time also dealt with their sale. 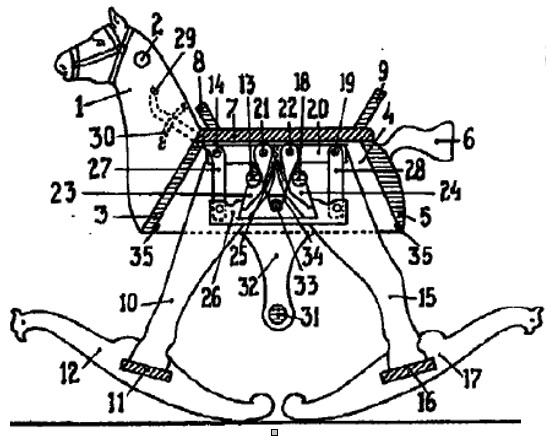 What is so interesting about this rocking horse? It's the system of movement. This pony, like other rocking horses, can swing here and there, but in addition, with the help of an ingenious special mechanism, it can move forwards and backwards - it can "walk"! Rocking horses with movement are quite common, but Jiųķkov's rocking horse can move without the help of wheels! Its movement is made possible by an ingenious system of four swiveling swing rails, i.e., two coupled pairs, controlled by a mechanism world patented in 1927. 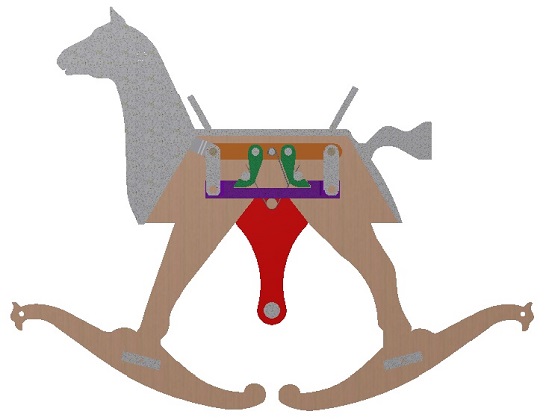 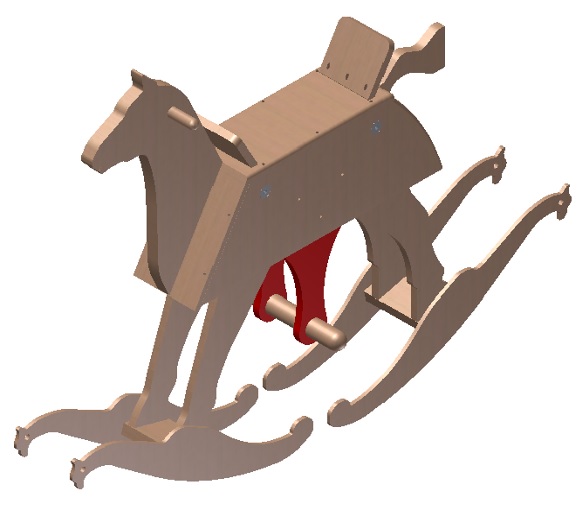 In order for the uniqueness of this rocking horse to stand out, a typology of rocking horses was compiled (no other is known to exist). According to it, it is a rocking horse type B2b, i.e., horses with forward and backward movement without an undercarriage. Patents of similar horses, or even patents based on them, can be easily calculated from memory. However, the Jiųķkov patent is one of the oldest and became the basis of many later mechanisms. The farther towards the bottom right in the typology of rocking horses -- if we add the 1920s -- the more unique. If we include mention of a unique world-patented movement mechanism, then there is nothing else to add.

The company RETOS VARNSDORF s.r.o. supported this unique project for Jiųķkov Museum financially and in terms of production.